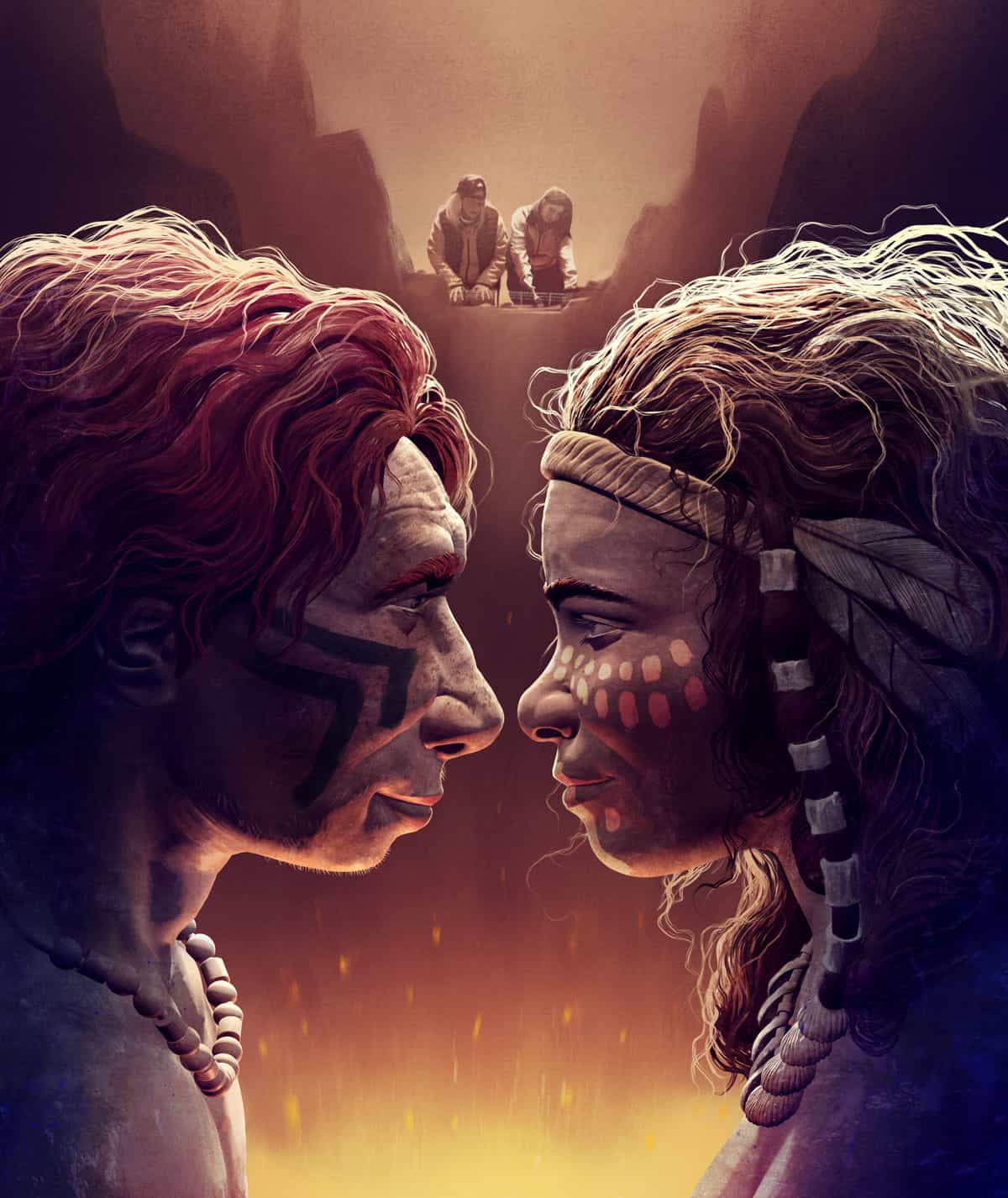 "It was a pleasure to illustrate the cover of this work by my good friend Agustín Senderos, even more so when it allowed me to combine paleontological reconstructions with a bit of creativity in the face paints and ornaments."

Aurora, a young paleontologist from a Spanish university, obsessed since she was a child by a cave with cave paintings, finally manages to unravel its secrets. Among the fossil remains found, she is surprised by the arrangement and apparent relationship that the amalgamation of Neanderthal remains presents with remains of Homo sapiens. This relationship leads her to develop a surprising hypothesis about the relationship between both species of hominids, at the same time that current society itself is reconsidered in the face of the possibility that Neanderthals would have survived instead of sapiens. 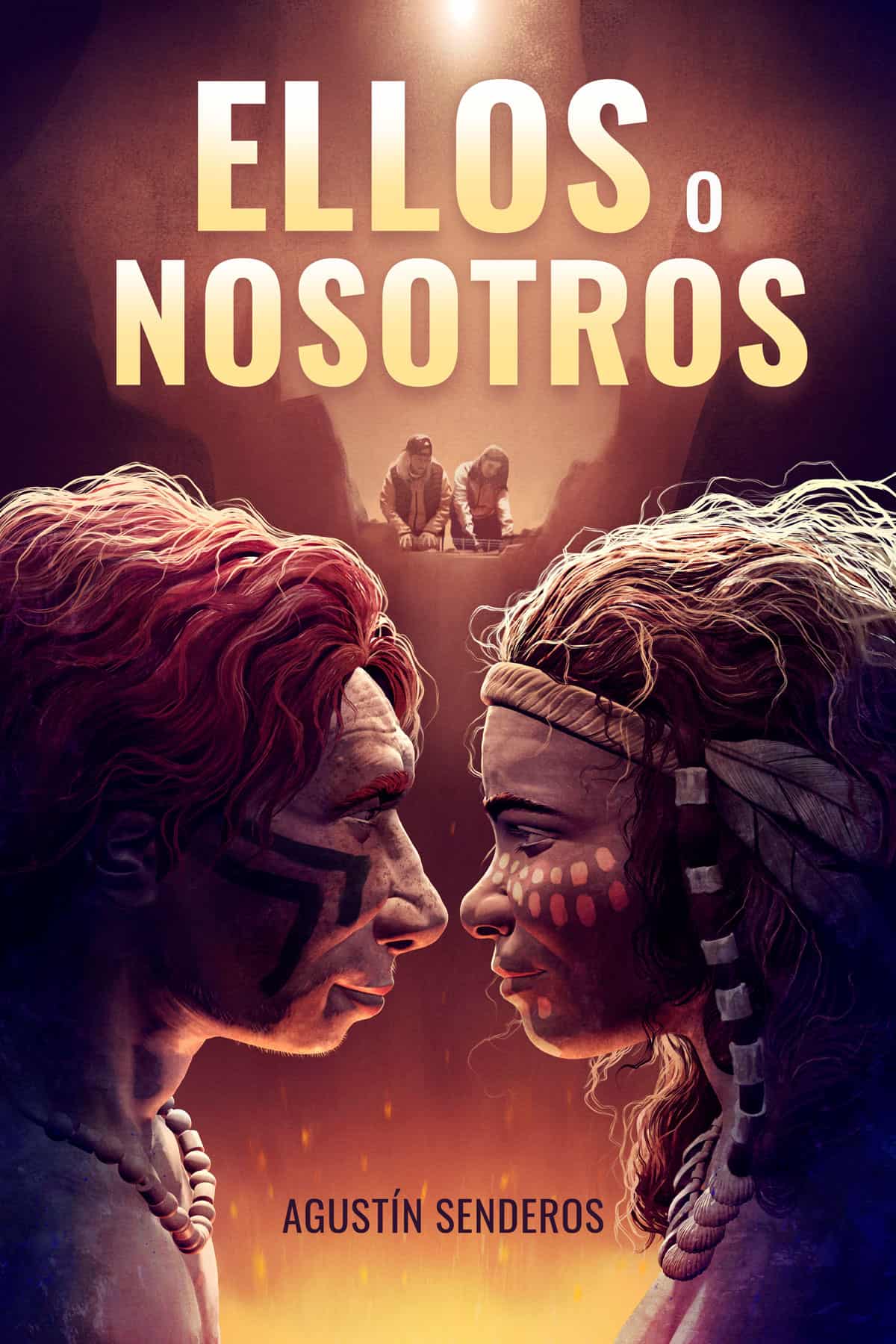 Preliminary design of the cover, slightly modified in the final versión. 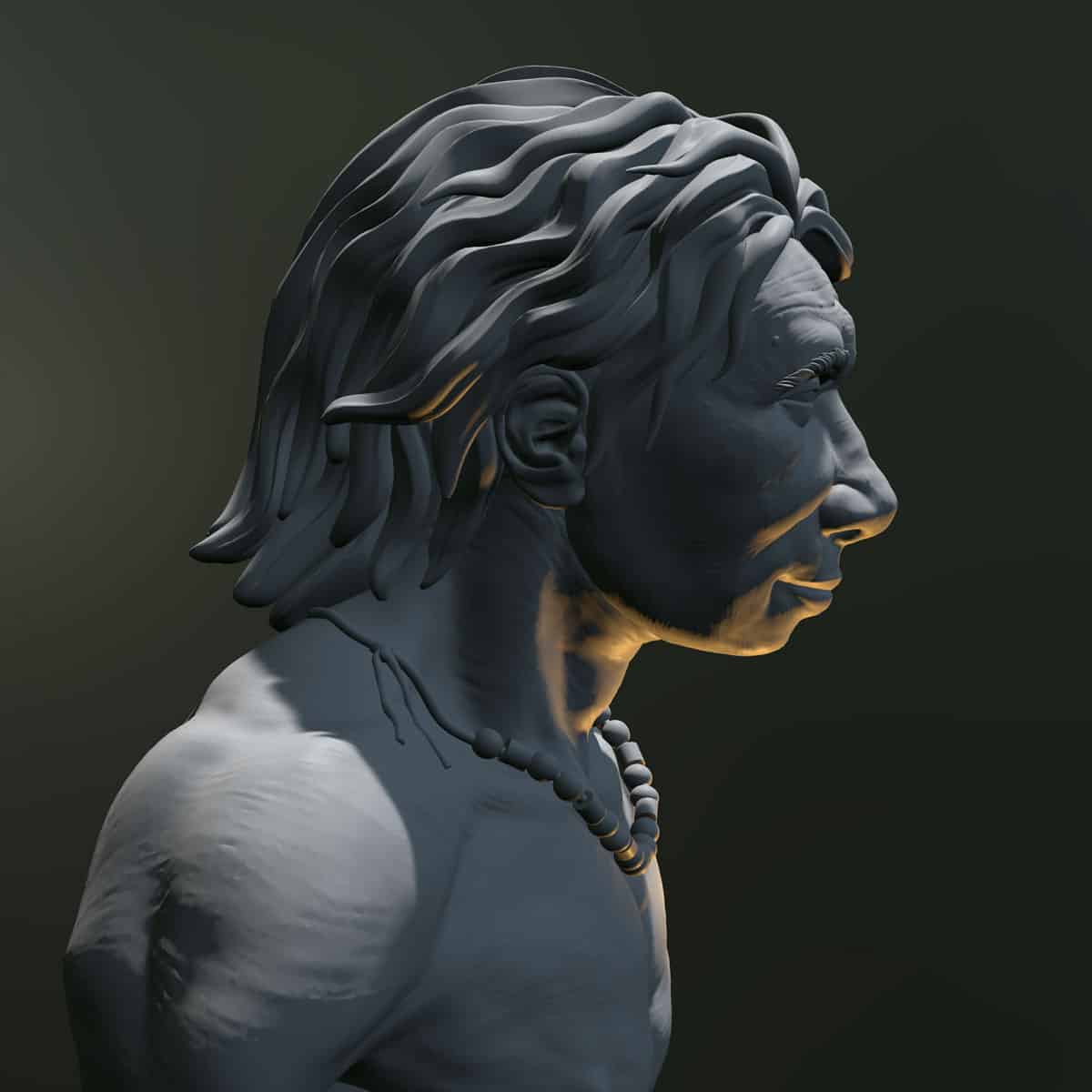 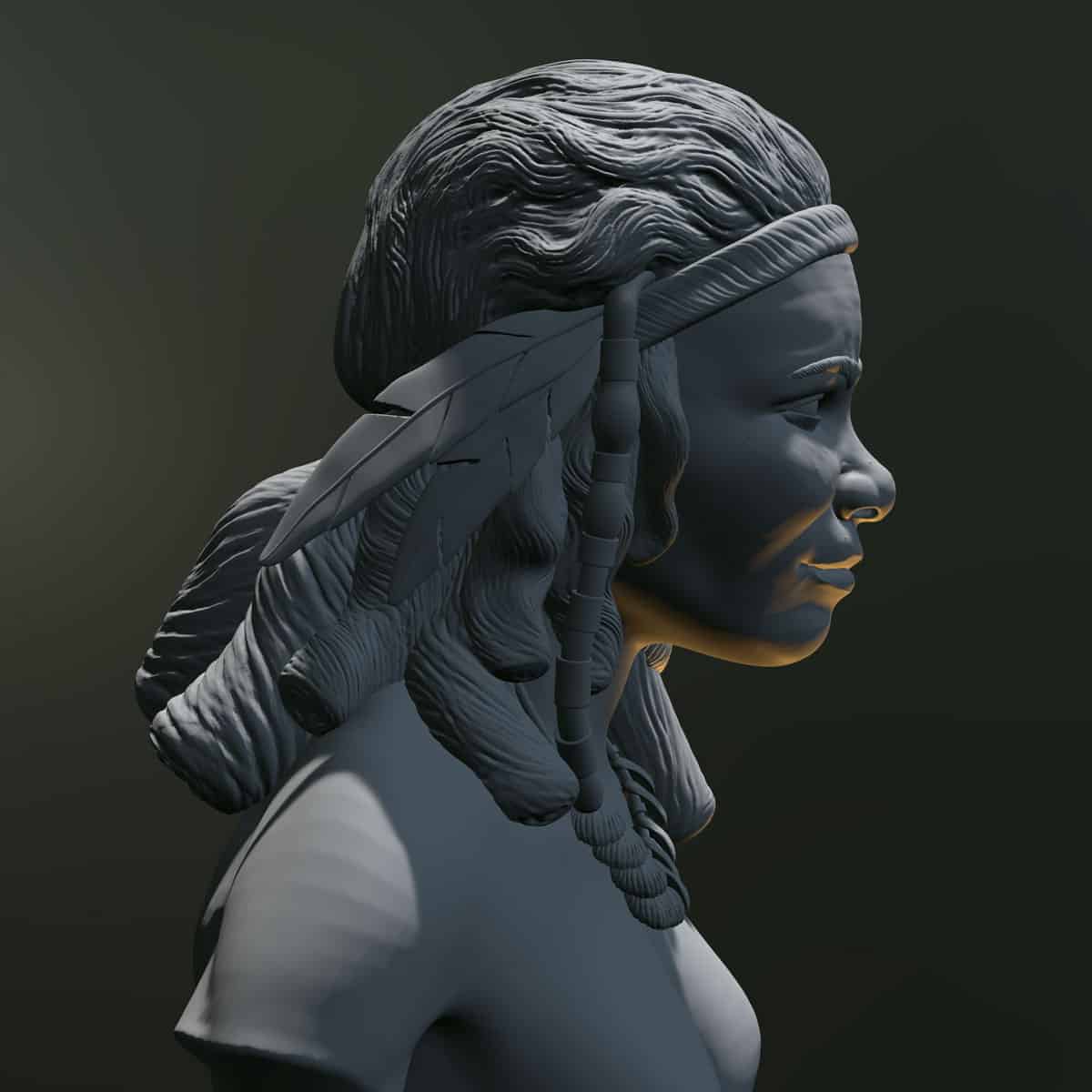 The entire project was developed within an iPad Pro, without the need to resort to another equipment. The main characters were modeled in the iPad app Nomad. From the output render of the up then the image was composed and overpainted in Procreate.