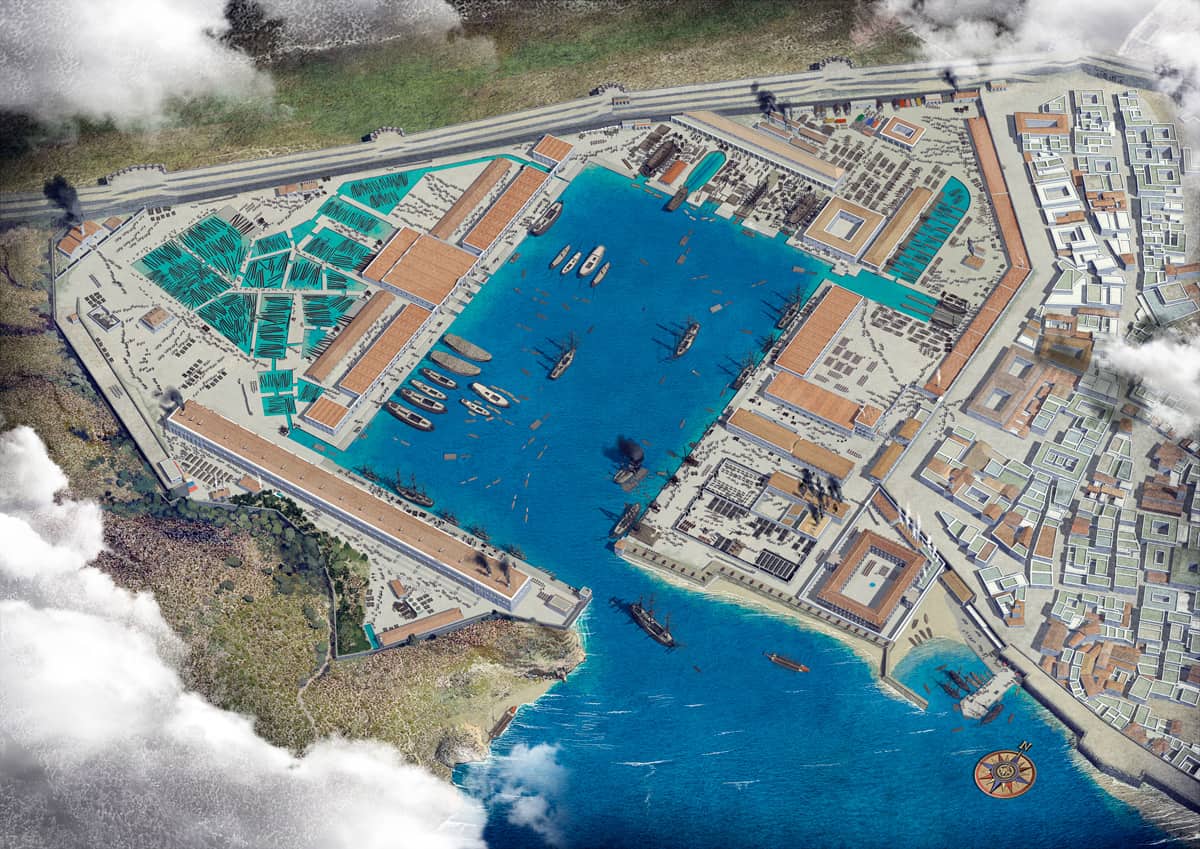 The Arsenal of Cartagena was key to the construction, maintenance and supply of the ships of the Spanish Navy in the 18th century, a moment of predominance over other navies due to its numerical and technical superiority. 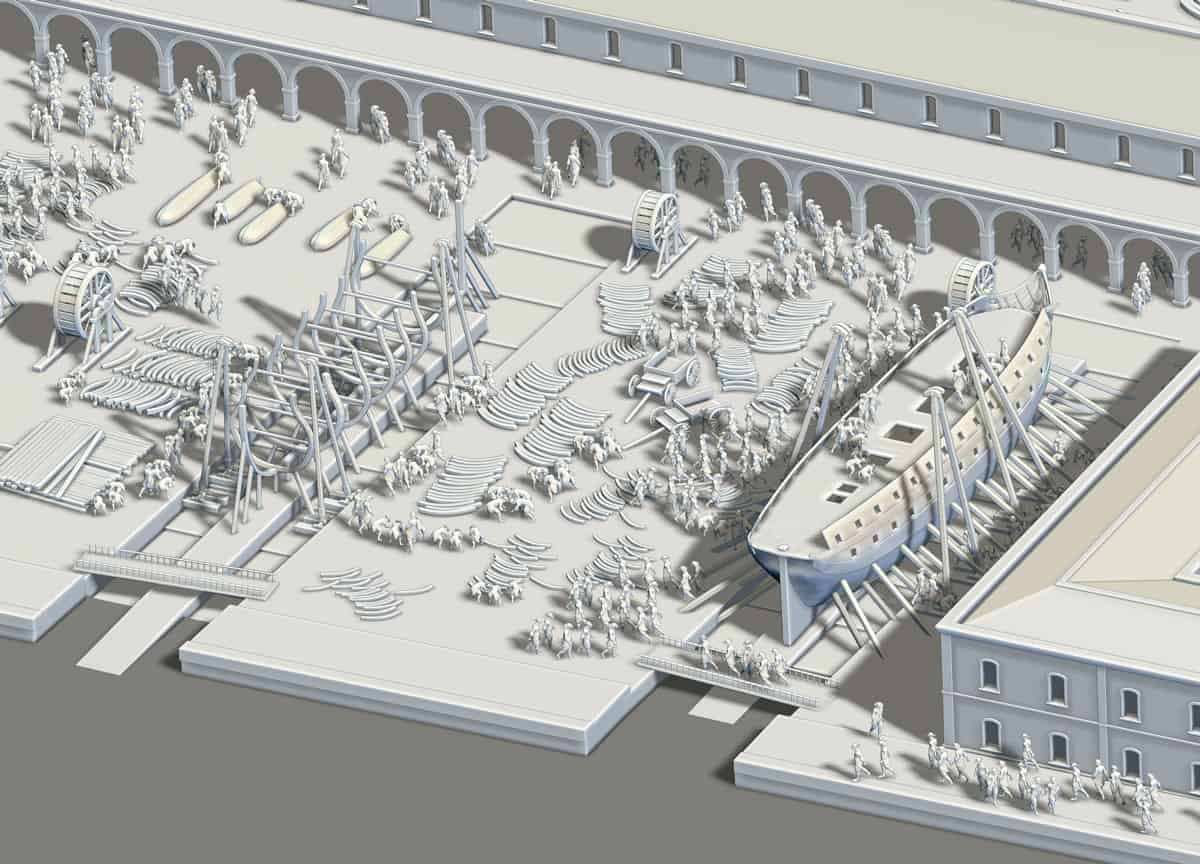 The organization of the different spaces of the arsenal turned it into an authentic factory, with the latest technological advances of the time, comparable to the aerospace technology of our days. 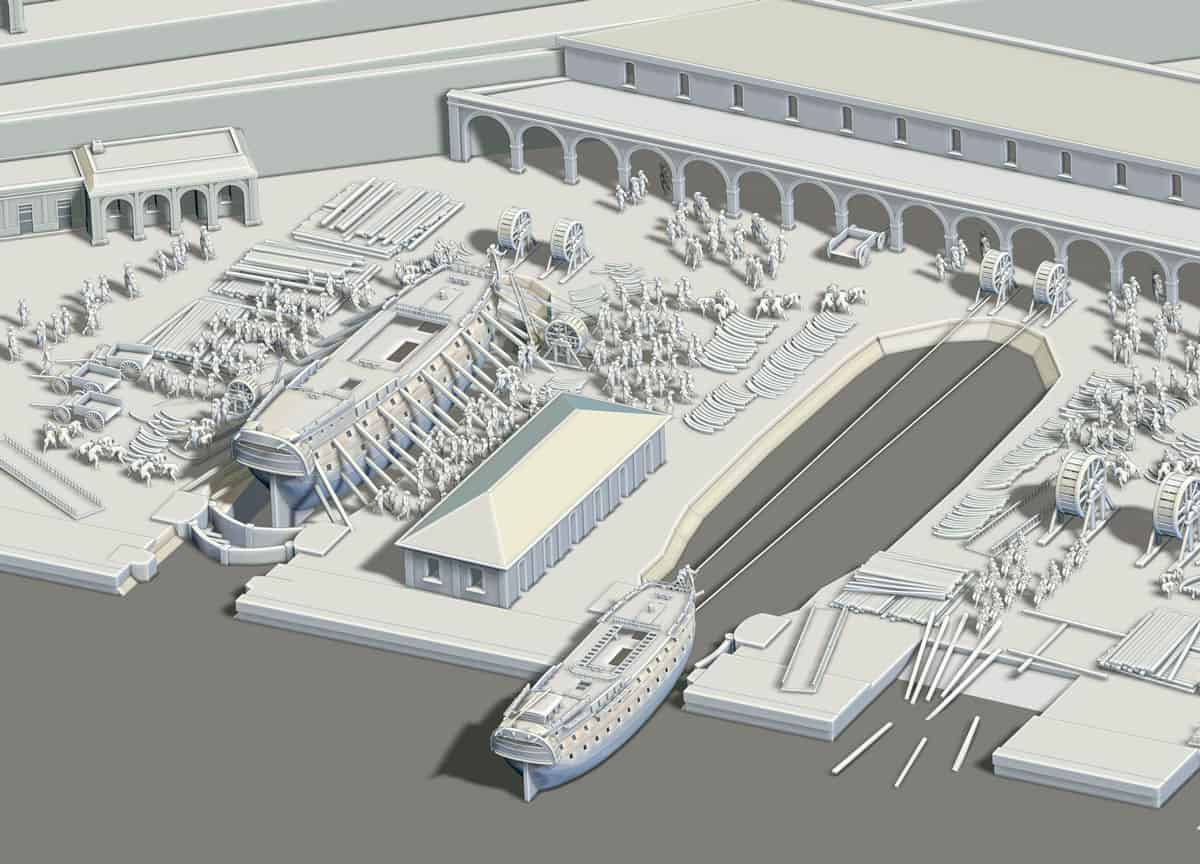 Disassembly warehouses with ships waiting to be repaired. 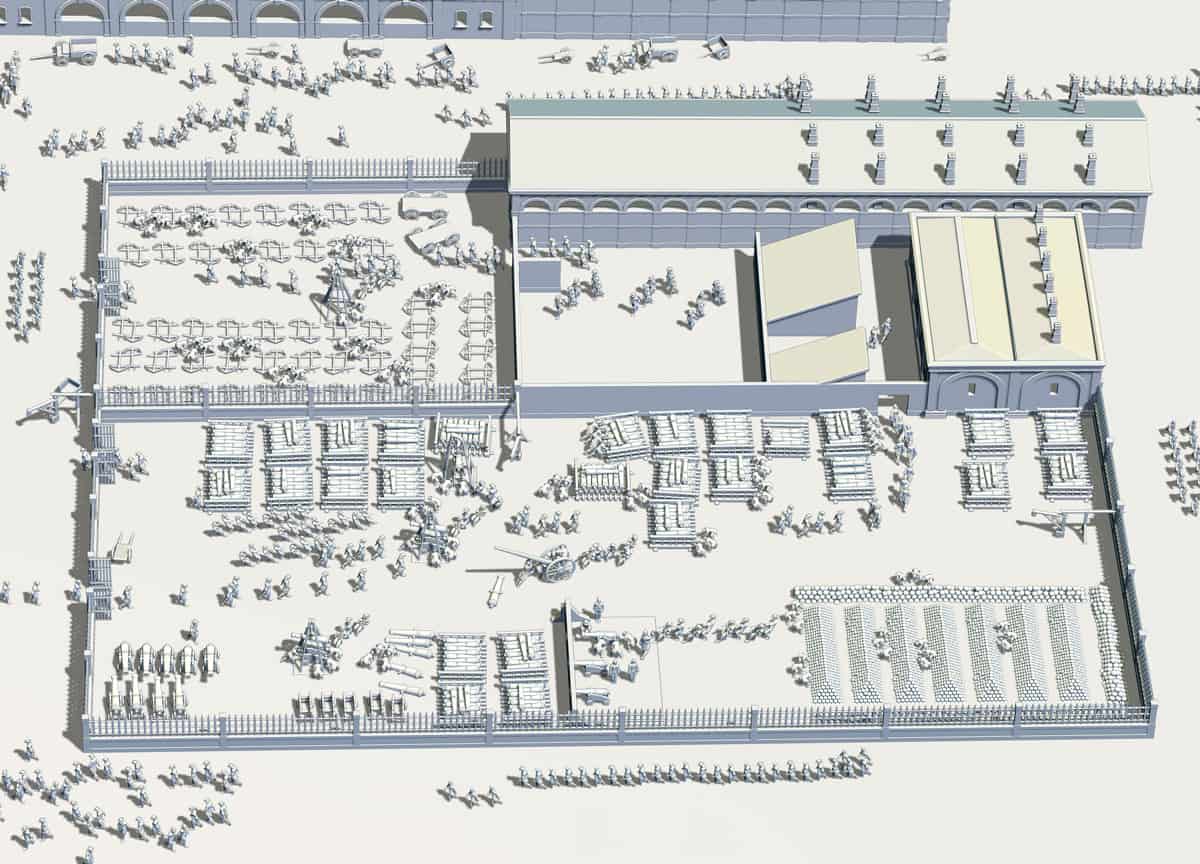 In the Artillery Park, multiple activities were carried out, from the making of cannons and anchors, to the practice of firing cannon batteries. 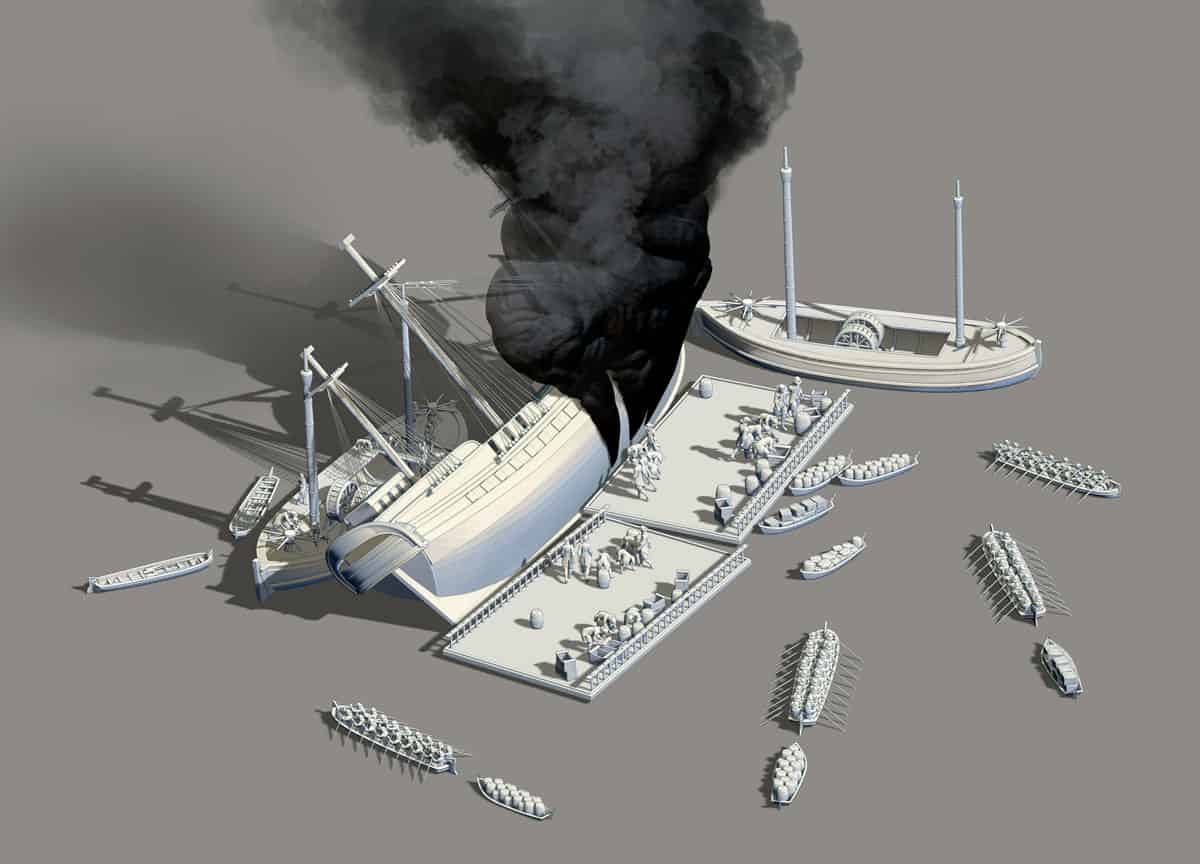 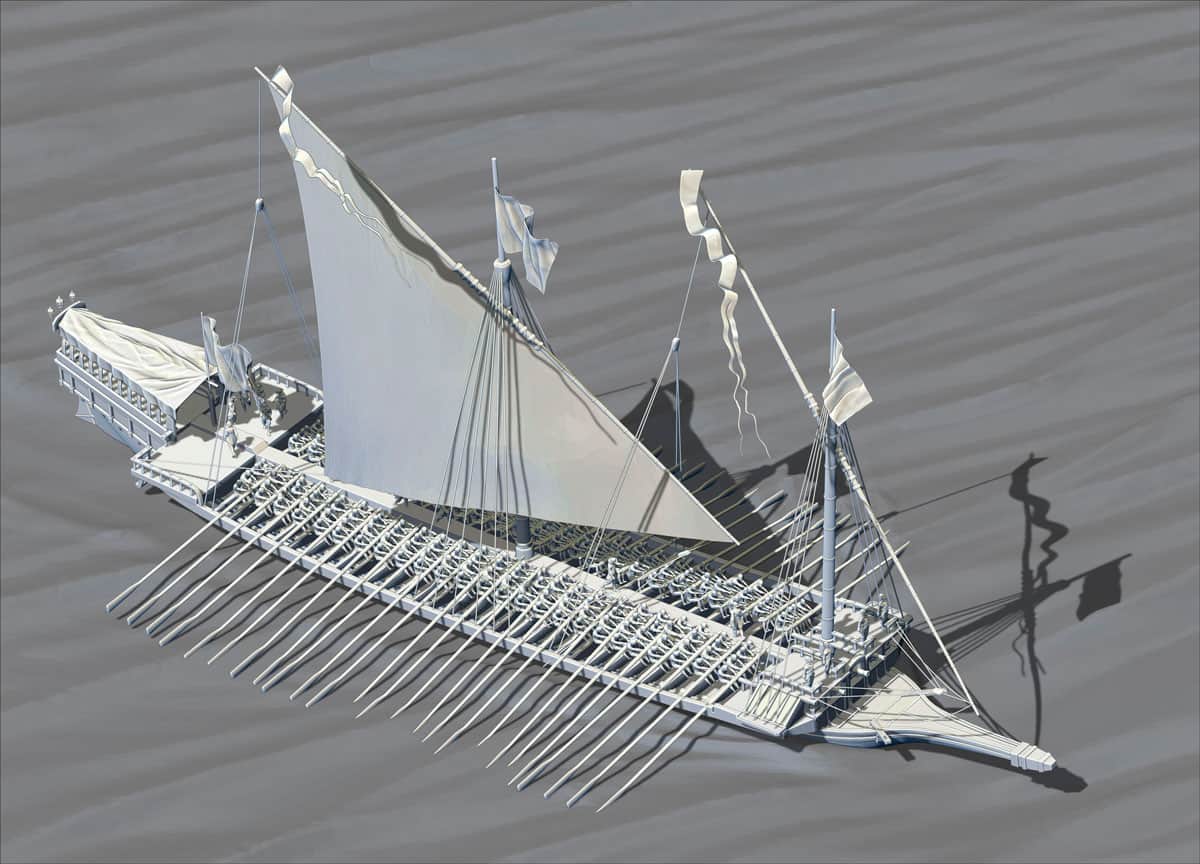 The Cartagena Arsenal was also the base port for the Mediterranean Galley Fleet. 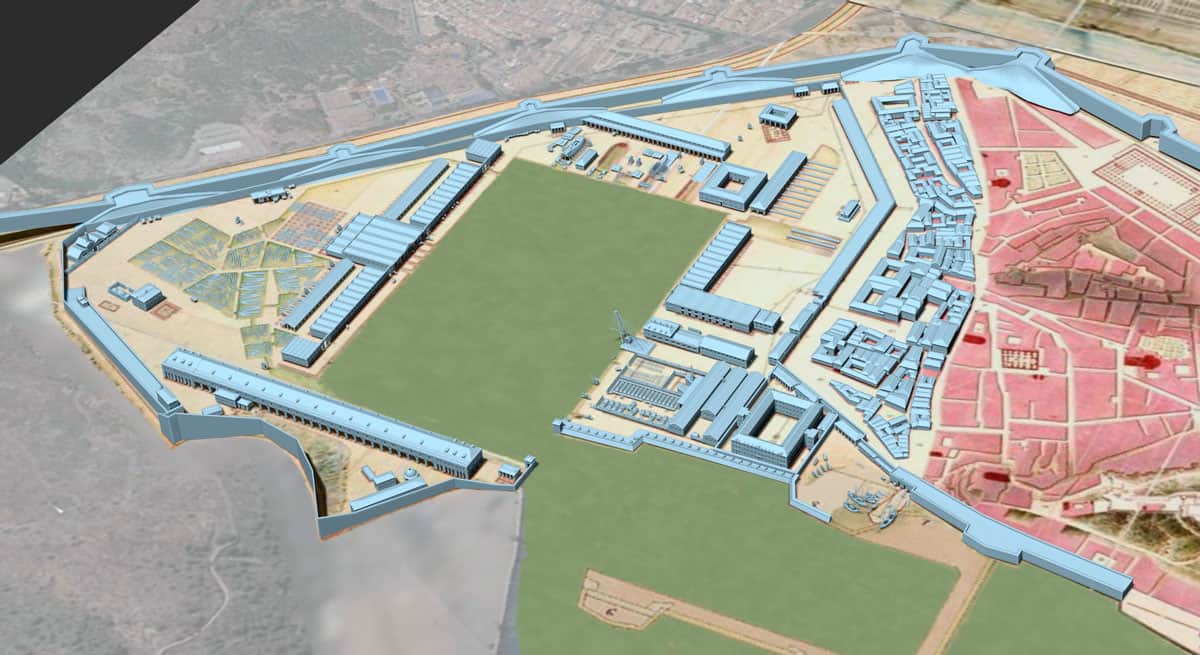 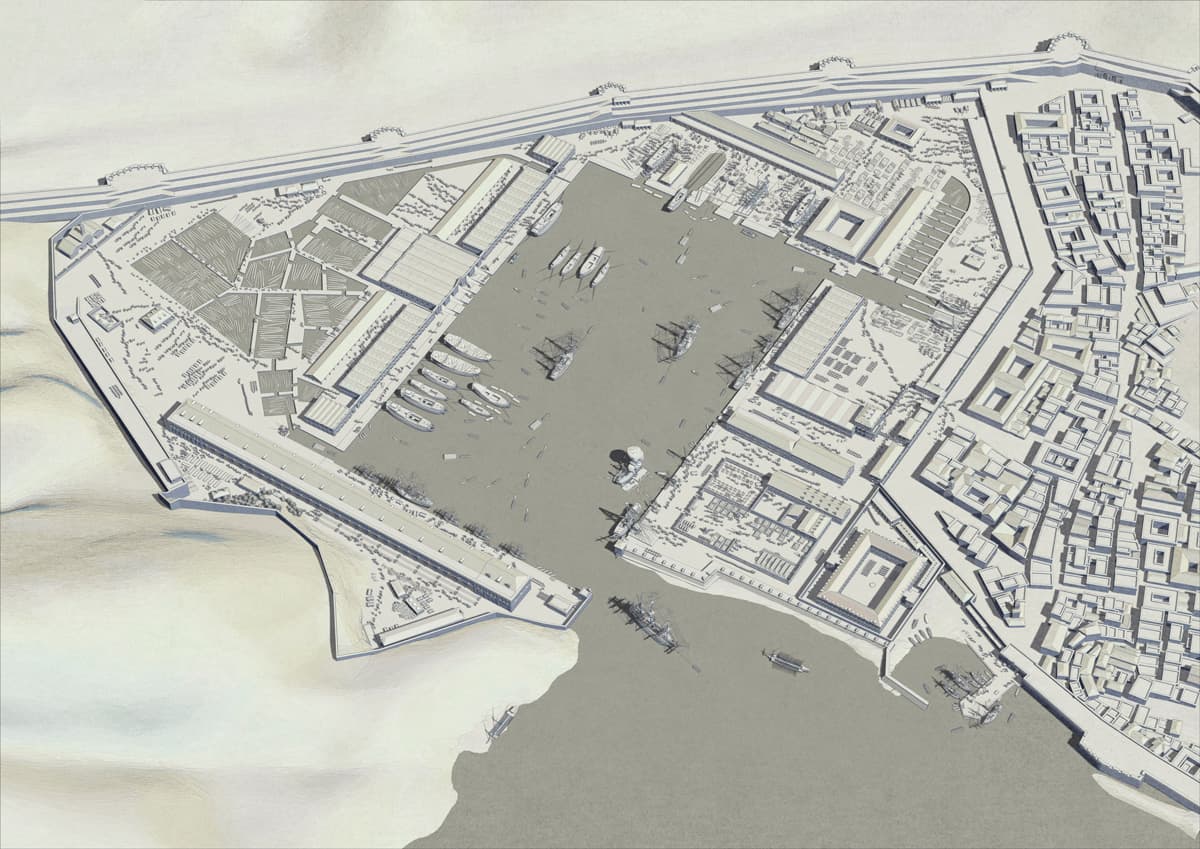 A reference map was used for modeling, a combination of historical maps of the Arsenal project in various of its construction phases and physical maps for the orography. Each building was modeled in 3D with Zbrush also using original construction plans, the same ones that the king had to approve to start its construction. When these plans were not available, information from other arsenals of the time was used, such as the Ferrol Arsenal, in Galicia in the northwest of Spain.